NEITZ pursues comfort and Flexibility for the best performance. NEITZ BIO is made by Neitz Instruments Co. Ltd, Tokyo, Japan. 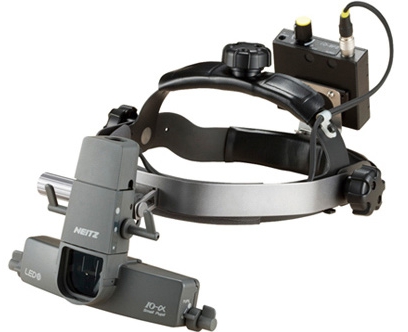 A Neitz binocular indirect ophthalmoscope utilizes an optical system in which the spot size, illumination light axis, and observation light axis can each be independently adjusted. This makes the ophthalmoscope well suited for observing the periphery of the ocular fundus. The effective visual field and stereovision provided by this device when observing the periphery of the ocular fundus has garnered high praise from doctors who specialize in vitreoretinal examinations. 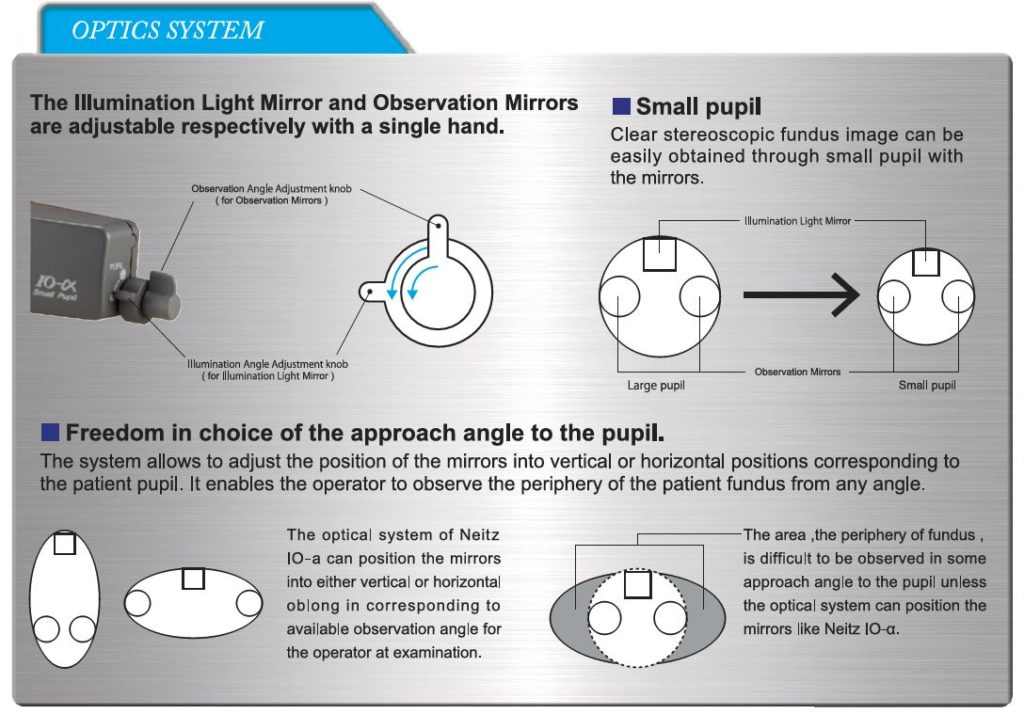 To select the LEDs installed in the Neitz binocular indirect ophthalmoscope IO-α LED, we tested all available high-performance, high-quality LEDs in order to select one that could accurately reproduce color closest to that by an electrical light bulb. The ability of IO-α LED to reproduce the color of an electric light bulb has elicited positive responses from doctors who favor our devices. Further, compared to electric-bulb-type ophthalmoscopes, LED-type ophthalmoscopes ensure a clear illumination field with no filament shadow. 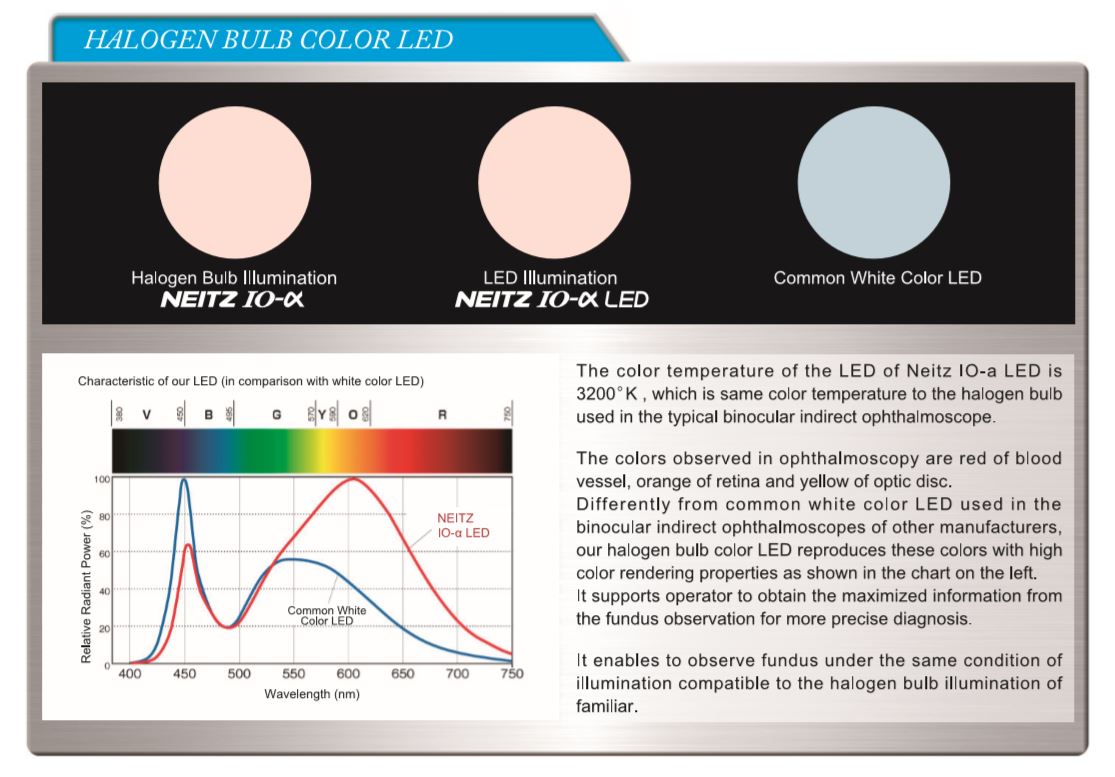 Eliminates the Hassle of Replacing Bulbs

The service life of an LED is at least 50,000 hours. LEDs eliminate the hassle associated with replacing bulbs, reduce costs, and allow for more worry-free examinations.

The energy efficiency of LEDs allows for 10 hours of continuous illumination.